MEET OUR CHRIST THE KING CLERGY

THE CHRISTIAN LIFE IN THE MODERN WORLD

"YE SHALL BE GODS AS GODS" said the serpent

Whitaker Chambers called it the second oldest religion in the world. It has always proved popular. In his time, it took the form of communism. But the tempter is not so stupid as to appear in the same guise always; even human beings eventually get the idea that certain “moral mushrooms” will kill them, and they may even remember it for a few generations. In the meantime, the tempter must peddle something else, must appear as someone else...

Fear of Being in the Wrong Place at the Wrong Time

I grew up near Los Angeles and now I live in Washington, D.C. So I have had my fair share of city experiences.

Last year, I was on the Washington metro with a friend when a fight broke out, and we were caught in the middle. I’ve been on a train where two men have threatened to rape a friend sitting next to me. Most recently, I have been screamed at by a stranger as she threatened to shoot me... 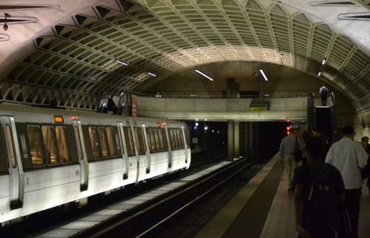 By the time his soul was returned to God ten years ago last month, Christopher Hitchens, who did not of course believe in God — or the soul — had managed to scarify a fair number of people with his slashing attacks on faith and religion. Some quite famous people, in fact.

For instance, Mother Teresa of Calcutta, whom he regarded as a pious fraud; indeed, going so far as to write an entire book, dripping with disdain, for his subject. Or the late Pope St. John Paul II, whom Hitchens regarded as positively senile... 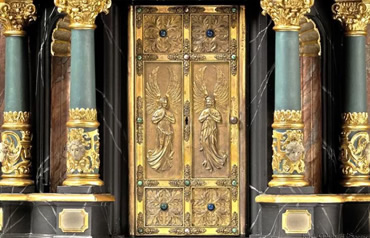 Solemnity of the Nativity of Saint John the Baptist

Solemnity of Most Sacred Heart of Jesus

Memorial of the Immaculate Heart of the Blessed Virgin Mary