Welcome to the web site of our small but dynamic community of the new evangelism called for by Pope St. John Paul II and Pope Benedict XVI.

As a priest for 38 years and a pastor since 1984, I have been privileged to enjoy the vocation as a servant of Christ and servant to the good faithful of the Diocese of Fresno. Having been born and always having lived in this diocese, I am eager to share the hospitality of Christ’s Catholic Church in this beautiful part of God’s creation.

This gem of a parish in Oildale will quickly win a Christian’s loyalty and appreciation. Be a part of us; be a member of the Body of Christ. 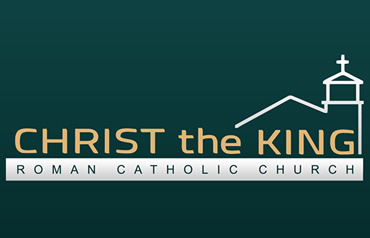 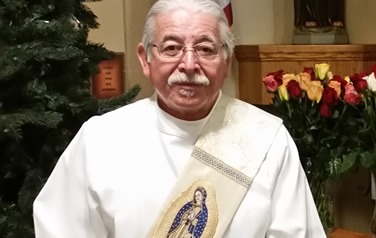 Deacon Joe Parugrug was born in Calexico, CA.  His family moved to Los Angeles and in high school, he met his love, Rita.  They married on May 5, 1973 and have four children, Sonia, Vanessa, Michael and Sara.  They are most proud of the third generation that includes seven grandchildren.

Deacon Joe’s careers, include manager for McDonald’s restaurant.  This job brought the family to Bakersfield in 1977, the year of the infamous dust storm!  He ventured out to work at Hall Ambulance where he studied to become an Emergency Medical Technician then went into Administration. His current position, as a custodian for Bakersfield City Schools, is his most rewarding job.  He enjoys being among youngsters that he can teach simple new things to; like tying their shoes.  Deacon Joe learned signed language in order to communicate with the large population of deaf-children at his site.

In 1998, Deacon Joe experienced a spiritual conversion while attending a Cursillo Retreat. This began his journey to follow Jesus.  He was persuaded to attend the New Wine program and upon completion, he then felt the calling to become a deacon.  While the diaconate program is rigorous for both husband and wife, their diaconate journey was extended by two years with the passing of beloved Bishop John Steinbock until Bishop Armando Ochoa was appointed.  Ordination date was October 22, 2016 and Deacon Joe is assigned to serve at Christ the King Church.